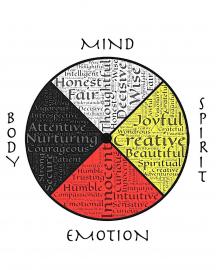 It's Time To Stretch

I recently had the opportunity to speak to a group of amazing women in Central Texas. My message dealt with identity, self-perceptions and how those become our filter for the world around us. I had entitled it "Who Do You Say"? But as I studied it became apparent that the Holy Spirit wanted to take it in another direction, so off we went to the story of the man with the withered hand. (Matthew 12:13). As I reviewed this familiar passage a few things began to speak to me that I in turn shared with the ladies.

1. 1st something had happened in this man’s life that caused his hand to become withered. Although it is thought that his infirmity was leprosy, it does not say. However, no matter the infirmity, the dis-ease, had caused him to become deformed & handicapped.

2. Due to his "condition" he should not have been in a public environment. However, he pressed in to overcome the shame, the fear the judgment that would have been passed on to him

3. When Jesus called him out, he had a choice. Think about it, when Jesus told him to stretch out his "hand", he did not have a hand! In stretching it out for all to see he would not only be exposed to people’s perception of what his withered nub looked like, but now they would really know. And yet in the midst of all these reservations and hesitations....

4. He STRETCHED - "So he stretched it out and it was completely restored, just as sound as the other one." Miraculously his hand was made whole as the other. At this stage I highly doubt he gave one more thought to what anyone thought or said, but instead left healed, restored & whole

What can we take away from this story?

- When our pain overcomes our pride, we will stretch. When we allow our weaknesses and withering’s to be acknowledged and bring them before Him, it allows us to experience healing and wholeness & leave behind hopelessness, helplessness and shame.

- When our pain overcomes our fears, we will stretch. The truth is there are times we would rather stay in our state of "witheredness" because it's familiar. Although it creates negative cycles, in many cases we are willing to go around the mountain again rather than step into the unknown.

So, the question I would challenge you with today is this... What's withered in your life? It matters little the what, why or how it got that way, what matters now is that

It's Time to Stretch!!